I have lived in Colney Heath for over 18 years and have served on the Parish Council since 2019. I am currently Vice Chairman of the Council and Chairman of the Environment Committee. I have two daughters who both attended Colney Heath JMI School. I spent 15 years working in the City in the financial sector working for US Investment banks. Taking a break to bring up my children I gained a Law degree with the OU and completed the 2-year Legal Practice Course at the College of Law, Herts University.

I wanted to join the Parish Council because I was keen to be a Councillor who engages with the community. I initiated the Ward Surgeries (currently held on Zoom) because I really want to hear about the specific issues which concern residents and I would encourage more residents to join the meetings.  I used to live in London but since moving to the village I have been able to appreciate the benefits of living in a more rural area. My main interests are gardening and genealogy. 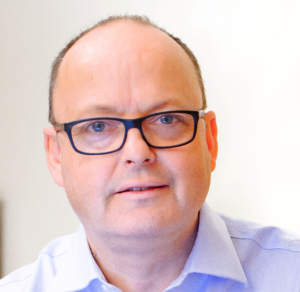 I currently live in Highfield, where I have resided for the last 15 years, before which I lived in Colney Heath for 15 years with my wife and two children, both of whom attended Colney Heath JMI School.

I am a committed Christian and have attended St Mark’s Church since 1983, but I am also involved in a number of other village organisations: I’m vice-president of the Twinning Association, Treasurer of the 4CH Residents Association and a Trustee of the Colney Heath Village Hall. My other interests included playing the piano, gardening and drama.

Prior to retiring last year, I worked for a large multi-national computing company, working in the retail sector, before setting up my own consultancy business.

I recently stood in the by-election to provide good and fair representation of the villages within the parish and ensure that the parish’s income is spent effectively and efficiently in order to maximise community services.

I am a mother of 3 and have 5 grandchildren ranging in age from 2 to 25. My working life was spent self employed as a restaurant/pub owner and, when I retired 2 years ago, I was employed by the Inner Temple in the catering department. I have lived in Colney Heath village for 10 years so have a reasonable knowledge of the area.

I hope I will be able to have influence on some of the issues that concern residents. There is not enough for young people to do in the area. The bus service is very poor which affects both the young and elderly. We have to oppose building large housing estates in the area which is protected as the Green Belt for good reasons: the quality of the rural environment, the infrastructure is simply not able to cope, and the developers can’t, or wont, provide the facilities and services that are required. I would also like to see more community events that bring people together.

I understand that about a third of the people in the ward lives on the northside of the A414 so I want to connect with all the residents.

I have lived in Highfield for over 20 years, since the Hill End Hospital development was built, we chose our current house because it is situated next to Highfield Park, having previously lived in the countryside in Bedfordshire. On a personal level, by profession I am an Industrial Chemist and currently working as a fuels consultant in the oil industry.

I have been a non-political Colney Heath Parish Councillor for about 12 years, originally co-opted and then subsequently re-elected / co-opted in 2015 and 2019.

I became a Councillor as I was concerned about increasing development starting to infill between local towns and villages, together with the resultant loss of our open spaces and woodlands. Since then I have been Chair where I insisted that there was better transparency and openness and conveyed more commercial processes and practices.

Similarly I became and remain, a Trustee of Highfield Park, an absolute jewel, in the middle of the Highfield ward, which I use and enjoy walking my dog, on a daily basis throughout the year.

I am still worried about the loss of open spaces but am pleased to hear that the Housing Secretary had abandoned a formula that would have dramatically increased housebuilding in the Green Belt, however we need to check the detail and perhaps amend our draft Local Plan.

I have lived in Highfield for over 20 years and took a personal interest in the Local Plan from early 2013 to ensure that where I live, was represented as it appeared that was not always the case.

I was co-opted as a non-political Cllr in November 2014 after a personal protracted planning saga where it appeared processes and local policies were not always followed or at all and I was then subsequently re-elected in 2015 and 2019. For 4 years of this, I have held the position of Chair of Council.

I work as an interim contractor in local government mainly on a wide range of property matters and I use that experience to the benefit of Parish residents where I can.

As I have an interest in planning matters I currently chair the Planning Comittee and Neighbourhood Plan Steering Group which regularly ask questions on behalf of the Parish and others at St Albans Planning Policy Committee, Cabinet and Council.

I am Judy Mulroney, the “mature” member of Colney Heath Parish Council, enabling me to utilise my extensive working life experiences and many voluntary roles I have undertaken in whatever part of England I have lived. These include setting up a unique exhibition of alternative sources of energy, several training schemes for teenagers and young adults in rural areas and sitting on the Parole Board. I have also been for several years, actively involved in obtaining European funding for local Authorities and businesses.

Since settling in Highfield 21 years ago, I have been able to enjoy together with my grandchildren the surrounding villages, play parks, park land and countryside. Consequently some 2 years ago, I decided I would like to be more involved in the local community and took the opportunity to become a member of the Parish Council with particular interest in the environment and planning groups. I have a keen interest in the protection of the villages and communities of Colney Heath, Sleapshyde, Smallford, Hill End, Tyttenhanger and Highfield from over-development, destruction of our environment whilst strengthening our community spirit.

I have lived in Highfield since 1999 and have been representing Highfield Ward as a non-political Cllr since 2012. when I grasped the opportunity to give my community something back.  What I did not realise at the time, was how NIMBY things were. I was re-elected to continue what I started in 2015 and 2019.

Since the outset, I have championed that Council had to be more open, transparent and accountable; that took a long time and came with its challenges, like dealing with ultra-virus activities and an ongoing fidelity claim.

Over the years I have been Vice Chair, and Chair of Council. Currently I am Chair of HR, Finance & Governance which keeps me very busy.  I’m here for those who I represent to ensure that “our” precept is fairly and proportionally spent across the Parish.

In my personal life I am a Director of two Herefordshire based companies and have been a Board Director of a £60m Trade Association.

I have lived in the Parish for 40 years having previously lived in London Colney for seven years. I am married to Chris and we have three children and eight grandchildren. I love being with the grandchildren and am fortunate enough to be called upon to look after them at regular intervals. It’s rather like having a second childhood.

I enjoy being a Parish Councillor and meeting the residents of my ward.  I am a very keen gardener having been the Parish Gardener for over 20 years.  I have a large garden and was going to landscape it when my children left home.  Now it is being enjoyed by the grandchildren so making my ‘Sissinghurst White Garden’ is now on hold. I also enjoy riding my bike and during lockdown have explored the footpaths around Colney Heath.  I love holidaying in north Devon and Cornwall as I enjoy the sea and rock pooling (you do not necessarily need children for this activity!).